skip to main | skip to sidebar

Looking at many different views of Predictions and Prophesies, and examining different opinions and ideas. 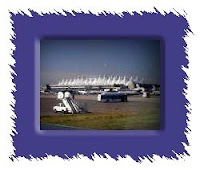 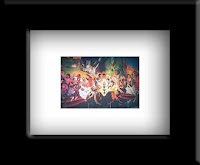 The Jesse Ventura’s show Conspiracy Theory that airs on TruTV investigated the events surrounding the year 2012. Supposedly, there is information about underground bunkers the United States government is not forth coming about. It was a very interesting program that raised a lot of questions.
Interesting Facts:
• According to NASA, Solar activity will increase in the year 2012. The Sun's electromagnetic energy will increase to such a degree it will severely damage the entire electric grid in the United States. Researcher and author Lawrence Joseph, along with the National Academy of Sciences, reports that around 130 million people would be without electricity. Almost every life support system would shut down, and life as we know it will come to an abrupt end.
• The United States Government can protect the grid by mandating the states to place ground resistors by the transformers. These resistors will protect the transformers and essentially the grid. The government has not taken any steps to solve this problem.

Underground Facilities:
• FEMA is set up at Mount Weather, Virginia to protect and keep the continuation of government. This is obviously a necessary facility, but where are all these other bunkers located?
• Larry Hall is someone who is converting old missile silos into condos. These condos are being built and sold to the wealthy for doomsday.
• Supposedly, the government has been building secret underground facilities for the past ten years. The largest facility is 300,000 feet and is being built under the Denver International Airport.
• Jesse spoke with Jay Widner, who is an expert on the year 2012. They walked through the Denver Airport. There is Free Mason symbols and a plaque that makes a statement about the “New World Airport Commission.” Who is the commission? The Free Masons have been linked to the New World Order. Then there’s a painting of children crying, fire, death, and the end of the world. There is the Lord of Death killing the Dove of Peace. Why would a painting like this be at an airport? Doesn’t seem appropriate, does it? Is this painting a symbol of what the Airport is for?
• Michael Braveman who works with Jesse, gained access inside Cheyenne Mountain Complex, which is considered “America’s Fortress,” will not be protecting the Americans who pay for this facility.
Why doesn’t our government tell us? Is it to avoid a national, if not, worldwide panic?
Supposedly, only the elite and wealthy will be allowed access to these facilities and the rest of us will perish. Many may think that’s hog wash, maybe so. But look at what was done to the poor when the Titanic was sinking. They were locked in the lower levels of the ship so they couldn’t get out. Apparently, history will again repeat itself.
Posted by Predictions at 11:15 AM No comments:

Promote Your Page Too